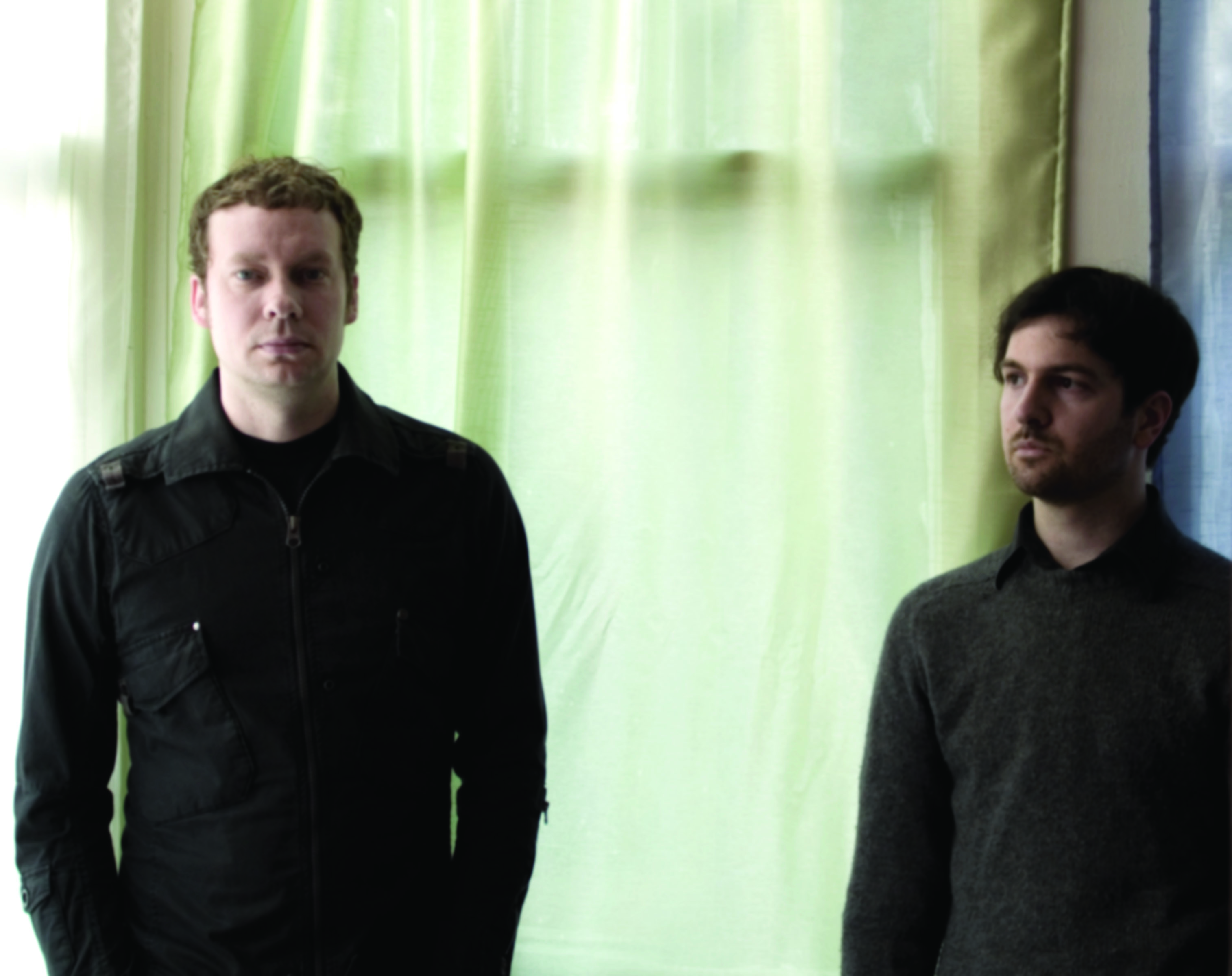 New Orleans-based subterranean duo Belong introduced themselves with one of the lushest ambient albums of recent memory, October Language, in 2006. Its heavy atmosphere pressure ignited nodes in the brains of My Bloody Valentine, Tim Hecker, and armchair astronomy. While Turk Dietrich and Michael Jones laid relative low for the past five years, their interim releases Same Places and the remarkable covers EP Colorloss Record subtly hinted their drastic sonic shift – one that comes fully into focus on their debut for Kranky Common Era.

Soaring, gritty synths and darkly ethereal, melodic vocals replace the aquatic, signal-decimated textures of their previous efforts. They almost seem like a different band, but as Dietrich and Jones explain, it was a natural progression – and one that offers rich rewards for the listener.

AZ: It’s been five years past between October Language and Common Era. What were you all up to?

TD:  We didn’t work in the studio for about year between [Hurricane] Katrina and touring America and Europe. When we finally did get back to working it was late 2006, early 2007. We recorded Colorloss Record and Same Places, the Table Of The Elements release, between 2007 and 2008. There’s also a bunch of unreleased stuff that will never see the light of day from that time period. Common Era was recorded during portions of 2009 and 2010.

MJ: It’s been so long between records for a few reasons. We had a year and a half where we were unable to finish songs, from 2007 through 2008. Then, when we were finishing up Common Era at the end of 2009, we were unhappy with about half of the songs, so, we put them aside and started writing new ones. The album was finally completed last September.

AZ: The biggest surprise with Common Era is undoubtedly that it’s a pop record, and one that follows up a very texture-focused, atmospheric debut. What were the catalysts for this change of direction?

TD:  October Language was recorded way back in 2004. Our tastes and desires have changed a lot since then. For us, the progression between that record, the EPs, and the new record seems very natural. If you’ve only heard October Language, the new record probably seems like more of a drastic shift than it really is.

MJ: Yes, what we like has changed. We also listened to a lot more “pop music” over the last couple years. If we would have been able to complete a record from the material we were working on in ’07 and ‘08, this new record wouldn’t seem like such a surprise. It would have fit nicely between the new one and Colorloss Record.

AZ: Parts of Common Era seem brilliant for a full live band performance. Will Belong remain a duo on the road or is there any consideration for a larger lineup?

TD:  We actually toured a bit in 2007 as a three piece. Our next tour, later this year, will most likely be with four people performing on stage. It would be impossible to pull off the material on the new LP with anything less.

AZ: Do you see Belong ever revisiting the, for lack of a better term, “ambient” approach, or is your trajectory carrying you all toward more song-oriented songwriting?

TD: We will always love drone-y, vaporous ambient noise music. It will not disappear in our music forever. It may take more of a back seat on the new record, but it’s still in the there. New albums in the future will most likely revisit some of the ideas of our older recordings.

MJ:  I don’t think we will make another record exactly like October Language, but I’m still interested in ambient/drone/noise songs. Right now we are working a new record and some of the songs will have more of an emphasis on drone.

AZ: You’ve said in your 2006 Arthur feature about how New Orleans greatly influenced October Language. How has the city, if at all, influenced Common Era?

TD:  I think no matter where you live ones music will be influenced by the locale, be it directly or indirectly. Our current record may capture a certain type of atmosphere that exists here in New Orleans, but we aren’t directly influenced by New Orleans as we were many years ago.

AZ: In that same interview, I also remember you all talking about New Orleans as opposed to Chicago; how you could escape the scene, people weren’t always talking about what they did musically, and you could just hang and exist “off the chart” while being creative on your own. Is this sort of insular approach something that shapes Belong as an artist?

TD:  I’m not sure how it shapes Belong other than that it’s pretty much just Mike and I who talk about music. We aren’t part of a collective or community of musicians. Yes, we do have a few friends whom we talk with about stuff, but at the end of the day, it’s just him and I. We don’t have many musical inspirations in our immediate surroundings.

AZ: It seems like there’s almost a visceral darkwave nod in much of Common Era, especially “Never Came Close” and album closer “Very Careful.” But I could be totally wrong, so what actual music are you all currently find inspirational?

TD: I don’t know if “darkwave” is the proper term, but we are both really inspired by a lot of the moodier synth music that came out of the late ‘70s and early ‘80s. I do feel that coining Common Era as pure “shoegaze” is a bit lazy. Yes, there are gauzy guitars and distant vocals, but there is more going on than just that. We feel no kinship with bands like Slowdive and Ride.

MJ: I like some dark, minimal, and synth wave stuff, but I’m not sure if there are any specific nods. Like most people, we listen to a lot of different stuff, and what I hear that comes through in our music, to varying degrees, are the noisier minimalists, the moodier ‘60s psych; Glenn Branca, the atmosphere of certain songs like The Chills “Pink Frost”, Cleaners from Venus “Gamma Ray Blue”, and The Cure “Charlotte Sometimes.” I think we would be more comfortable with the shoegaze thing if we liked more of the bands. Of course, we love My Bloody Valentine, but what we take from Kevin Shields is the balance of sounds adding depth and drawing you in to the music.

AZ: When are you going to re-release the Colorloss Record vinyl, limited to 300 copies at the time, and send me one?

TD: Actually there was a second pressing of Colorloss. I think there were a total of 700 copies pressed all in all. There are no plans for another pressing, but we will be selling the remaining copies on tour later this year.

MJ: Hopefully we will be touring in September. I just counted… we have 42 copies and will definitely send you one.