Altered Zones: Grouper – A I A 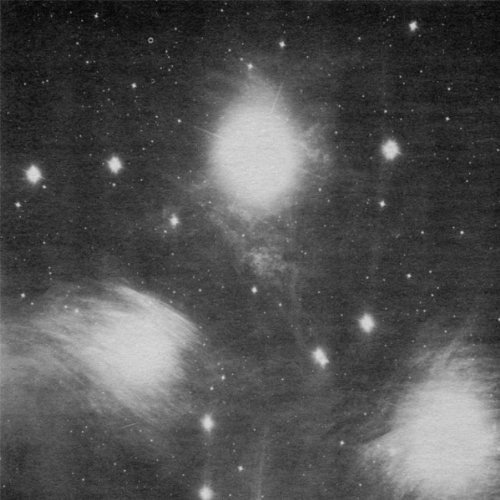 A mysterious array of “phantom lights” in the high desert near Marfa, Tex. has intrigued scientists and fans of the paranormal for over 50 years. Known simply as “The Marfa Lights,” this unusual phenomenon attracts so many visitors that the city erected a viewing platform. Should you ever have the chance to go, no better soundtrack exists for the viewing of ghostly illumination than Grouper‘s forthcoming double album A I A.

Though written at different times under varying circumstances, the A I A set, Alien Observer and Dream Loss, plays as one fluid 68-minute ethereal meditation. Over A I A‘s 13 tracks, Liz Harris intensely explores otherworldly soundscapes, from the ocean floor to deep within gaseous cosmic clouds, while fine tuning the trademark textural experimentations that made her previous releases remarkable.

Sure, A I A does not deviate too much from the formula established on 2008’s Dragging a Dead Deer Up a Hill. Eerie vocals still float a few meters above a bed of grainy, incandescent drones and sparse, slow-burning instrumentation. However, A I A offers a more acute attention to sonic detail and meticulously sculpted sounds. Dig the decaying cavernous tones of opener “Moon is Sharp” or the tolling chants of “Dragging the Streets” to hear Harris’ compositional progression. Whereas Dragging… featured restrained melodies, gentle acoustic guitar, and an angelic psych folk flavor a la Jessica Bailiff and Tara Jane O’Neil, A I A is a desolate, expansive affair – an album that’s as unsettling as it is uplifting.  The end user experience lies somewhere between listening in to a clandestine broadcast and the way an unborn baby might hear a pop song in utero. Hyperbolic imagery aside, you would be hard pressed to find very many contemporary records that yield the type of sonic adventure found on A I A, nor one that’s as hauntingly beautiful.

If you experience this close encounter of the third kind with earbuds, you’re doing it wrong, especially if you made the vision quest to Marfa. A I A will be available on vinyl and high-quality digital soon through her Yellowelectric label.