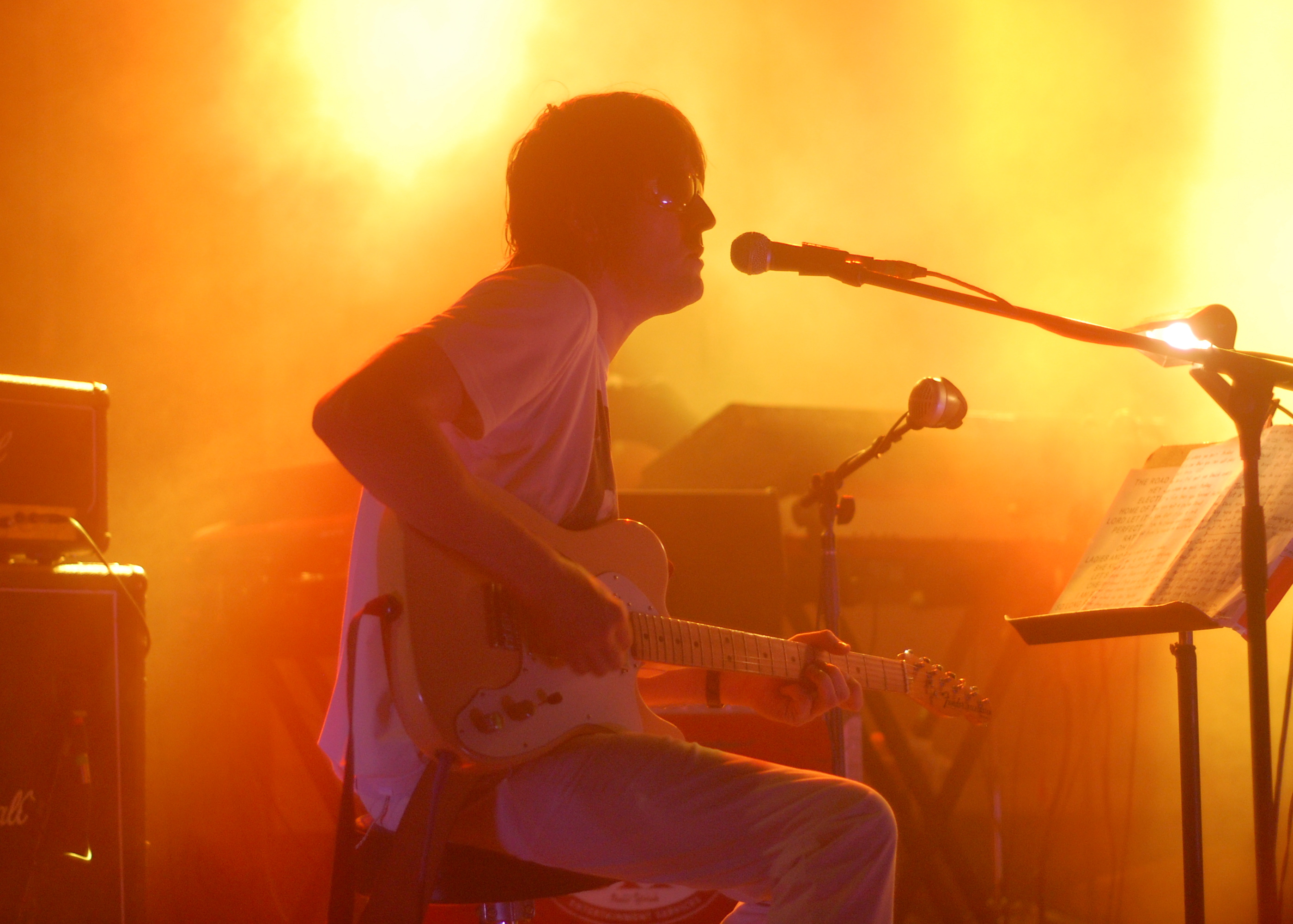 More than once the sentiment echoed that Hopscotch Festival in Raleigh, NC must be what South By Southwest was 15 years ago. Indeed, both festivals offer an urban playground during a mild weather season, wherein a church, courtyard, or art museum can serve as a music venue as well as any bar or theater. Where as SXSW has increasingly become a corporate juggernaut juggling an unmanageable festival lineup sprawled all across a city of three-quarters million people, Hopscotch feels local and quaint. Hopscotch is relaxed. No venue is more than a 15 minute walk at the furthest point. Free parking is plentiful. The food is delicious (shouts out Cooper’s BBQ and Chuck’s), the people friendly. It’s obvious this town welcomes the festival and the attendees from near and far. And parents with strollers on the City Plaza for Spiritualized? Dudes in doo-rags fist pumpin’ to Marnie Stern? Metal bands performing in drag queen halls? That’s all pretty great. As well, the rumors flying around about where Thurston Moore was eating fried chicken or who Merzbow was collaborating with (fingers were crossed for a performance with The Breeders) added an element of excitement sans the contrived PR drivel that similar stunts at SXSW provokes. It’s an incredible festival, and it’s my hope Hopscotch stays that way.