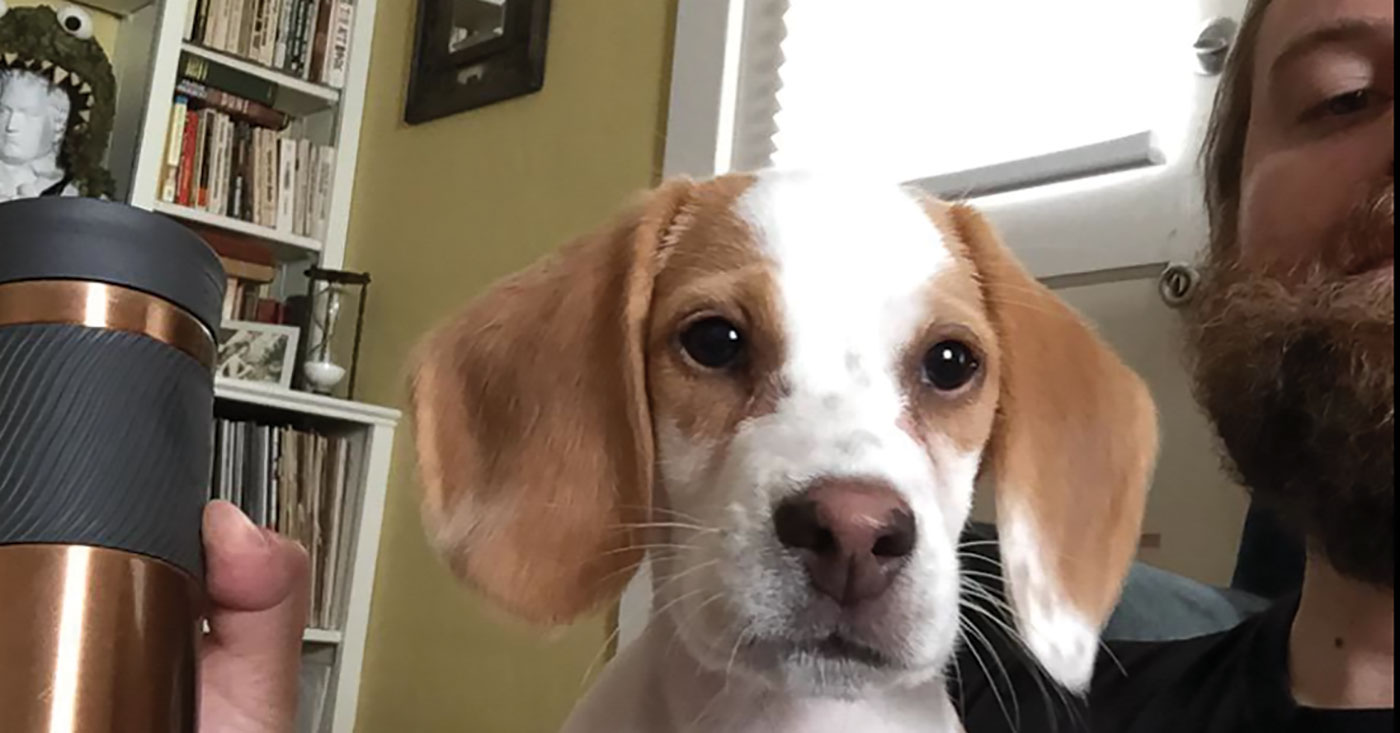 In August, shortly after receiving a management contract, popular Twitter personality Josh Ostrovsky., a.k.a. @FATJEW, was outed as a joke stealer, mining content and profiting from funnier everyday folks. It became a high-profile victory for the unsung creative minds online. Louisville mirrors the larger Twitterverse on a local scale, and some might find the crowning of Lydia Burrell a similar win.

With a blank canvas and a simple, powerful 140-character restriction, Twitter is fast moving and ephemeral, offering up one of the better personality bellwethers. Here cult of personalities rise, hacks are exposed, and yes, the occasional political revolution catalyzes.

His handle refers to his band, and they’re awesome. When Smith isn’t instigating digital trouble, he holds a highly analog day job — building, servicing and tuning pipe organs for churches — a binary opposition so perfect you couldn’t make it up.

But today, dear reader, we have gathered here to discuss the amazing #brand Smith cultivated, broadcasting a voice that’s sardonic and ironic, yet never unwelcoming – and one that resonates with a niche of quirky and engaging local tweeters.

Smith joined Twitter 2011 at the suggestion of friend Bo Koster (who also tickles the keys in My Morning Jacket), originally to promote the band. “I just started making jokes right off the bat,” he said. “A few people, including band members, were like ‘What are you doing?’ People just think this is an account by someone named Lydia Burrell tweeting out jokes. It’s a terrible promotional strategy.”

Smith’s constant activity hilariously prompted Mr. Koster to unfollow him for tweeting too much. @lydiaburrell doesn’t take it personally. “The more you tweet, the more you move the garbage and sponsored tweets and happy retweets down the stream.”

“There’s a language that’s grown out of it because you have to compress every thought and can’t obsess over its artfulness. There’s a sort of sarcastic brevity that’s fun.” At the same time, he acknowledges “everyone is hollering into a huge crowd of a bunch of people saying the same thing, [like] throwing a thought into a wishing well of identical pennies.” Twitter is often an echo chamber of awful opinions, confirmation bias, and arguing pedantry — so he, and others, refuse to take it as seriously as others.

This summer, he launched the #BeatHumor campaign, targeting the popular @louisvillehumor — a local version of Jay Leno wrapped in a Keep Calm Chive On tee. @lydiaburrell represents the more offbeat, alternative comedy vibe. While Humor has fashioned a vast following with general “how’s about this crazy weather”-related zingers, @lydiaburrell was the cult hero who engaged a smart, left-field group of local tweeters, in turn building a creative Twitter community.

“I laughed for about a half hour,” Smith said about winning. “I ran a strong campaign and I made it pretty clear that I was trying to bring the community of smaller funny, fun people of Twitter together and bring an underdog up. And why not me, I’m great!,” he said in a self-aware tone. “There’s just enough people who want to see someone in our little community of people who is funny, self-deprecating and are interested in things recognized because we’re not taking it so seriously.”  Some of this beautifully bizarre community building includes live tweeting a reading of “50 Shades of Grey,” penning limericks for anyone who “broke a rule” that day, and #BeanBoysChat — a series of coffee-related selfies involving anywhere from 5 to 25 people. Now in its seventh month, #BeanBoysChat is a dedicated troll of Shane Cody, AKA Houndmouth’s skin-hitter, who doesn’t care for coffee. “He tweeted that, and I replied ‘me, I’m crazy about the stuff,’ then everyone piled on.” @godigahole coined the term along with a selfie, @lydiaburrell steered the ship, and now Cody receives 20+ notifications every Friday morning — a nice but unwanted taste of home while on the road. This is one #brand cornerstone Smith “takes very seriously,” and yes, it is dumb and pointless.

On vacation this summer in the Rocky Mountains, he noted “we were having breakfast in a cafeteria, and I’m a 35 year old man, and I had to step out to go find a scenic spot for the coffee selfie. Everybody thinks they’re geniuses by pointing out selfies are dumb. They are dumb, but they’re also fun.”

The common thread between @lydiaburrell and this pocket of Twitter is that none of them takes it seriously. “It’s such a crowded format — all it’s good for is dicking around and having a little moment of brilliance where you have a funny caption for a photo. You have to have a sense of humor about how silly that is.”

As a Readers Choice winner, Smith aims to continue to “have the best account, but also a sense of humor about how stupid I am sometimes.” And continue to crack wise with the weirdos of Louisville Twitter.

“You have days where you really question why you’re on that site at all, a good reminder that what you’re doing is very stupid, and days when you wake up with a funny thought and it just goes somewhere and you have interaction with a bunch of good people because of it.”