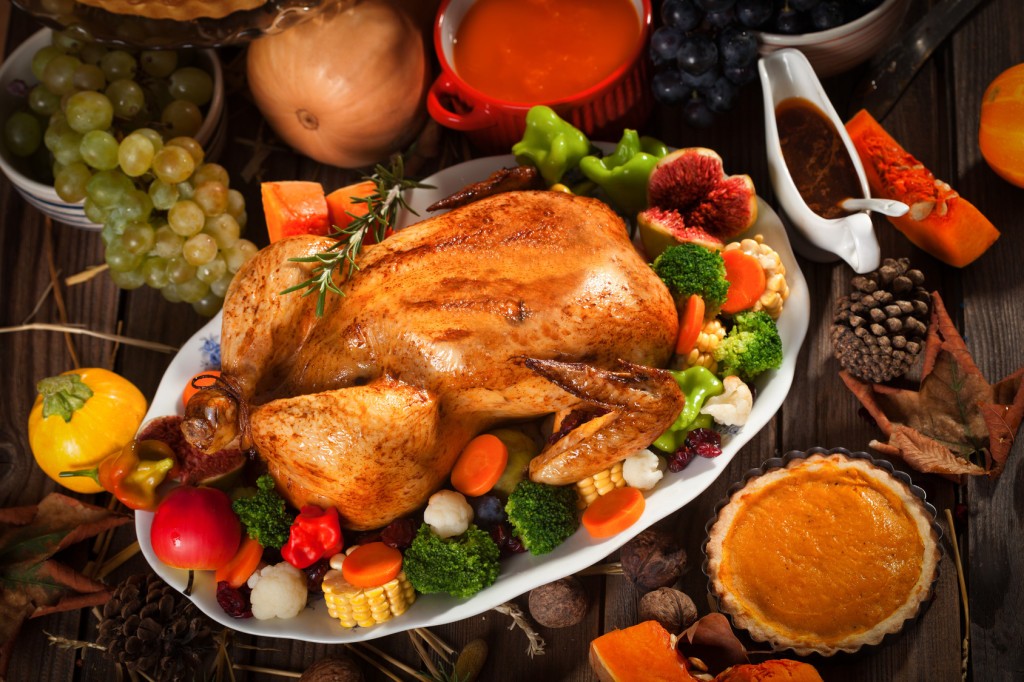 Shout-outs to Thanksgiving next week, an illustrious celebration of manifest destiny and your garbage disposal of a body’s acrobatic digestion. In theory, Thanksgiving sees millions travel home for polite familial conversation about your lack of job and relationship prospects. In reality, it means collapsing across those musty, torturous benches in your local airport, bodying a greasy, grody box of Popeye’s, or good g-d, the MRE-ready cardboard smorgasbord of the perennially upsetting Cibo Express, eyeballing that vacuous Jonathan Franzen hardcover collection of hot farts staring at you from inside the Hudson News window, all because someone decided the climactically-turbulent city of Chicago should serve as the nation’s air travel hub, trolling the American people coast to coast every November. Savage! On the bright side, I guess the whole ordeal provides our nation’s television stations with a trove of fantastic B-roll footage of people standing around in line, so that’s something.

But hey, perhaps you can’t make it home for the holidays, because of work, money, time, or a bubbling resentment toward your dad. Horrah, no dealing with abominable airport food that offends every sense. But also, bummer! It turns out you have no idea how to cook because you’re a grown child. Nuking a hot dog without it exploding and decorating the inside of the microwave with pig butthole is a major kitchen accomplishment for you.

Rather than make feeble, futile attempts to whip up something truly only appropriate for feeding a dumpster fire, why not find a group a like-minded chuckleheads and, by virtue of the Captain Planet principle of “our powers combined,” throw the time-honored and cosmopolitan tradition known as “Friendsgiving!”

Hell yeah, buddy! What a great idea! The fellowship is nice and undoubtedly one of your friends will bring over a thing of Fireball. But before you consider running out to grab some Cathy Mitchell Dump Cakes and Stove Top for a prix fixe of awful, why not instead take advantage of all the delicious tastes of the season inside the Watterson and completely outside the foreboding territory known as “the kitchen” with the official choose-your-own-adventure “WELP! To-go Turkey Go-tos Guide.” While a bit pricier, this strategy hands-down beats whatever amorphous, unappetizing, “Black-Hole-Sun”-video-came-to-life-lookin’-trough-slop mistake of nature you birthed from the oven. Get to gobblin’!

Option One: Piecemeal!
Grab of the best of what’s open for take out.

If you’re gonna phone it in, you’ve gotta go full measure. Really phone it in. And the only way to not phone in the phoning-in is to hit up the supermarket certain members of my family refer to as “Krogers” for their No Fuss Turkey.

Turkey with no fuss? Surely you jest. No, it’s true! “Your guests will swear you spent all day in the kitchen – but don’t worry – your secret is safe with us!” says Kroger’s copywriters. After enjoying a No Fuss Turkey last Thanksgiving, I can emphatically say there was 86 fuss. (“86” is commercial kitchen jargon for “no” or “none,” which you would’ve known if you had ever been gainfully employed.) Simply cut the netting, unwrap the bird and follow the instructions that call for a 400-or-so degree bake over a couple of hours. It’s not even the dreaded clamshell package! So easy! Simply knife through the easy-to-remove plastic, plop that dead ass avian mass on a baking sheet, and don’t open the goddamn oven door. Leave it alone. It requires non-action. Even you can’t screw this up despite the fact you’re a sad lump of human soft serve who laughs at Daniel Tosh jokes.

Expect a savory, slightly salty outer skin and smoky flavor throughout. I mean, it’s turkey… there’s a ceiling on how good this thing is gonna be, and the Kroger No Fuss is pretty good. Well, it’s not dry, at least.

Again, don’t play jazz. Close the oven, set the timer, pour some of that Fireball down your dumb gullet and leave it the hell alone. It’s best that you’re minimally involved.

A Bowman Field institution, Kingsley’s permeates the air within a 2-mile radius with delicious smoked barbecue in the warmer months and mouth-watering roasted meats in the winter. You’re not here for livestock flesh though. You’ve already snagged the bird that you’ll place in the oven and not touch again with your grubby little hands until that timer goes off though. No, you’re at Kingsley’s because you know your baking skills will result in a wanton endangerment charge and they’ve got casseroles. Masterful, carefully layered, delectable casseroles, my dude. You can’t go wrong with the green bean, sweet potato, or the broccoli cauliflower casseroles, and all run six bones per pound.

As well, Kingsley’s has you covered on the corn pudding, mashed potatoes and cranberry relish front. Spend that money on some palatable food, rather than wasting it all betting on your fantasy football team because you somehow haven’t realized yet it’s D&D for meatheads (use promo code “staywoke”).

I love the F.A.B.D. Smokehouse. Rich, dark, peppery Texas-style sauces and slow-cooked grilled goods — for years this place has trounced Mark’s Feed Store on the BBQ field like the NFL on Fox scary robot thing. Your mission, one that’s in your best interest to accept, is to grab their mac and cheese and signature cinnamon apples for $5.50 a pound each. Of course, as a courteous individual who tacitly abides by the social contract of polite society, you called this in ahead. Despite the Kid Rock tour t-shirt you choose on your own volition to wear in public, you’re alright!

You don’t need pumpkin pie, if we’re being honest with each other.

Listen… this is the real shit. Shirley Mae’s is for those unafraid of bold flavors and real-deal Southern cooking. This discreet, no-frills, open kitchen, cash-only Smoketown joint regularly serves up deep and esoteric soul food like chitterlings and ham hock alongside some of the best side dishes this side of Claudia Sanders.

Shirley Mae’s offers a pre-order form for holiday meals, and lest there be no doubt that it’s your one-stop shop. Smoked and baked turkey, meatloaf, and, of course, their famous ribs are all available to-go. Sure, ribs aren’t exactly Thanksgiving proper, but have you even had their toothsome, lip-smacking, explosively sauce-lathered ribs? Shirley Mae’s ribs possess healing qualities. Studies have shown their palpably slow-cooked and succulent ribs can reverse the aging process. I mean, do you think the pilgrims played by the rules? No! They weren’t feelin’ the Church of England, held beaucoup grievances against the crown, and straight-up split. Now we have Thanksgiving. Order you some ribs if you want ‘em.

Oh, man, though… the sides… you can grip ‘em by the quart. Mashed potatoes, their slightly aromatic and perfectly balanced sweet potatoes, assorted gravies and dressings, seven different pies, and because we assume God to be a benevolent being, the Shirley Mae’s hot water cornbread. At $6 per dozen, you could afford … maybe five or six boxes. It is categorically the city’s, nay, the state’s finest cornbread, in large part because of its distinct texture — resembling something closer to a crossbreed of a hush puppy and a biscuit (ain’t mad) than the traditionally flaky, crumb-shedding, muffin-like cornbread lesser establishments feel fine plopping on your plate.

When you pick up your order Wednesday afternoon, you will get greeted by some of the friendliest folks you’re likely to encounter in the restaurant world. This is a true family establishment. And you will then head back home to enjoy an authentic soul food-style Thanksgiving meal you don’t deserve.

Option Three: The path of self-loathing
I’m so very sorry.

Let’s say Shirley Mae’s is a little too adventurous for you, though. Maybe real down home cookin’ with unabated, actual flavor just can’t jive with your adolescent palate that salivates at the sight of Bagel Bites. Perhaps, love it or loaf it, you’re a fool and that’s just who you are. For the truly pitiful and lazy gourmand like you, there’s Cracker Barrel.

Go with the meatloaf I guess, because the only thing better than baked shredded cow guts is baked shredded cow guts shaped like bread. Also, as Chuck Klosterman once noted in a conversation about advancement theory, you can get chicken and dumplings with a side of chicken and dumplings, which is truly advanced. Not a great solution, truth be told, but in the presence of free will and full moral agency, you can totally swallow the blue pill if you want to, and accept the consequences thereof.

Exit through the country store and pick up that golf tee triangle wedge game on the way out so you can empirically prove your idiocy in the comfort of your own home. Dang, “eg-no-ra-moose” again.

In the event Netflix and chill took a detour, maybe it’s time to give your liver the workout it doesn’t need. The Back Door, Sergio’s World of Beers and Nachbar, among other great establishments (call ahead!), are open to serve you the gnarly Early Times and diet you like to order. Strike up a conversation with the plethora of divorced dads and people who resent their families. Take an Uber back to Flavortown though, lest you find yourself in the tank with people who make inexcusably poor choices like checking on the Kroger turkey every few minutes and opening the over door apropos of nothing. Don’t be that guy.