The Outline: From east of the Rockies to beyond the fringe 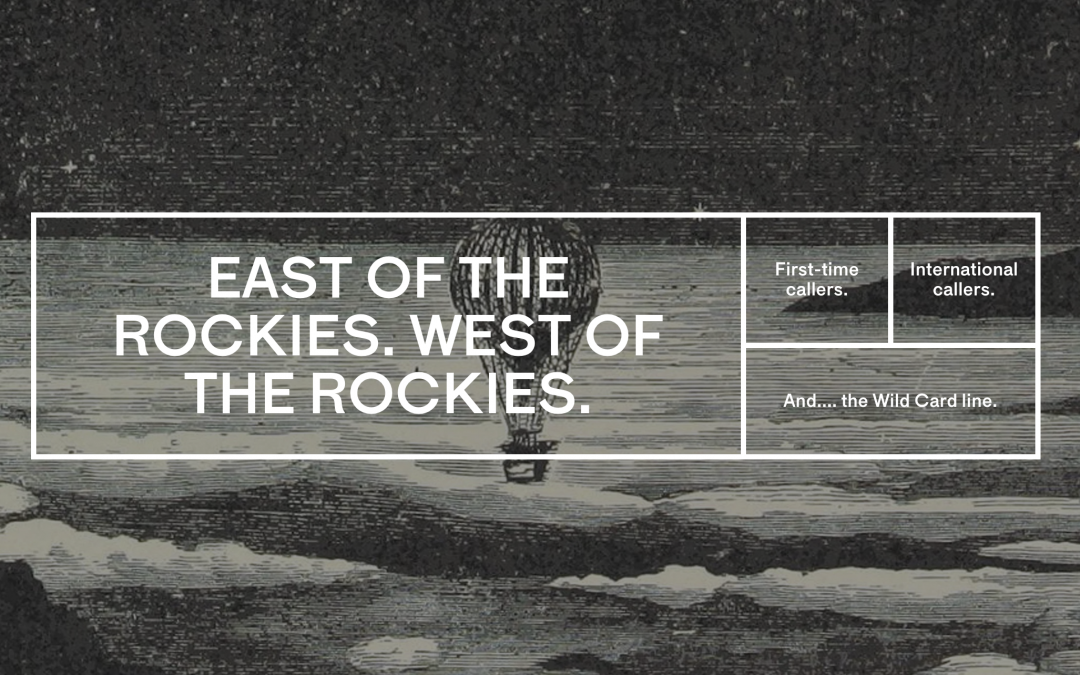 How Art Bell and ‘Coast to Coast AM’ turned conspiracy radio into a theater of the mind.

Read on The Outline.

The first time I heard Art Bell’s radio show Coast to Coast AM, I was a teenager staying at my grandmother’s house. She used to leave an AM radio on at night, and, prowling the kitchen late one evening as teenage boys are wont to do, I caught a snippet of a caller describing staring at a shadow with glowing red eyes at the foot of his bed. I sat riveted to the radio, treated a few minutes later to “The Sounds from Hell,” an urban legend regaling the story of Russian scientists who dug a deep hole in Siberia that punctured some geological heat pocket and unveiled what sounded like the screams of millions of people.

Throughout the ‘90s and early aughts, should you scan the AM dial in the dead of night, you may have caught a deep-throated announcer bellow a bevy of phone numbers over The Moody Blues’ “Ride My See Saw” for people to call to chat with Art Bell. A late-night radio host with a — pun sorta intended — cult following who passed away this month at 72, Bell covered a constellation of topics relating to strange phenomena, pseudoscience, and niche concerns of the tinfoil hat sect. Coast to Coast AM broadcast weeknights 1 to 5 a.m. on the East Coast, taking over a block once commanded by CNN interviewer and Garlique enthusiast Larry King. Signing on with Giorgio Moroder’s “Chase” from Midnight Express every night, Bell was the type of guy who’d entertain any — and I mean literally any — idea, as long as it would make for good radio. Coast to Coast might feature an interview with a mainstream pop scientist like Michio Kaku one night, only to hit listeners the next night with Richard C. Hoagland’s theories about ancient moon civilizations.

When it came to fielding listener calls, Bell was a firm believer in the “no screening” approach, rejecting the industry standard in talk radio. You never spoke to an associate producer. If you got through on one of the lines — one for Americans to the east of the Rockies, one for everyone to the west of the Rockies, a line for international callers, another for first-time callers, and a “Wild Card” line because why the fuck not — you were talking to Art and you could rattle off whatever came to your sleep-deprived brain as long as you didn’t reveal your last name or make a cuss. That may not mean much in 2018, a world in we’re all a Wal-Mart yodel away from ubiquity. But in the days before YouTube and Twitter, when you needed to signal-jam a TV broadcast with a Rube Goldberg microwave device to get your bullshit heard, that was revolutionary.

In an all-time great ‘Coast to Coast AM’ segment, Art hears from a caller about “Mel’s Hole,” a bottomless pit in Washington state where you could throw whatever refuse, and maybe bodies, without hearing a thud. The Hole also contained some unspecified magical properties.

And though the callers and their myriad theories seemed “fringe,” that didn’t necessarily extend to the show’s audience. For years, Coast to Coast AM was aired over 500 AM radio stations and was reachable in damn near every corner of North America. Bell’s eerie baritone voice, permeating through the smoke-filled air inside the HAM Radio compound behind his secluded Pahrump, Nevada home, spoke an audience of 12 million. Appropriately, the town of Pahrump was the first contacted by aliens in Tim Burton’s ensemble B-movie sendup Mars Attacks.

Bell’s quiet, powerful influence reverberated throughout the pop culture milieu after Ruby Ridge and before 9/11. Chris Carter, creator of The X-Files, was a fan, going so far as to appear on Coast to Coast and enlisting Art for a cameo on Carter’s other show Millennium. Post-Coast films like Men in Black, The Blair Witch Project, Conspiracy Theory, and Paranormal Activity raked in big bucks a few years after with plots that felt ripped from the airwaves emanating from Bell’s compound. And to top it all off, the hokey disaster blockbuster The Day After Tomorrow was based on The Coming Global Superstorm, a book Bell co-wrote with frequent guest and his fellow card-carrying conspiracist Whitley Strieber.

In which a caller purporting to be a former Navy pilot allegedly flies an airplane directly into Area 51. He does not make it in.

Like Orson Welles’s War of the Worlds or the overnight radio pioneer Long Jon Nebel before him, Art Bell amalgamated the ambience of the twilight and the crackling, wobbly, “theater of the mind” quality offered by AM radio to architect an immersive world that was mysterious, intriguing, a bit foreboding, sometimes unsettling, and often outright absurd, but always with the whimsy of campy horror or a B-movie. Fellow broadcaster Tom Scharpling of The Best Show once told me about Art’s Electronic Voice Phenomenon (or “ghost recordings”) shows, “That is the definition of terror. I hate the sound of that hiss of a cassette and then you just hear this weird sound on it. Oh, that spooks me! Shut that off, can’t hear it!”

Ghost recordings, which are, to be clear, different from the Sounds from Hell.

As an interviewer, Art would provide a platform for a vast array of ideas with varying levels of plausibility, asking questions that were just tough enough to press the guest or caller, lax enough to let the audience determine the truth for themselves. It was a nuanced balance requiring a sophisticated level of sensitivity and broadcasting prowess. As the talk-radio trade publication Talkers Magazine wrote of his passing: “Bell called his show ‘absolute entertainment’ and did not necessarily accept every guest or caller’s claims but offered a forum where they would not be openly ridiculed.” As a counterbalance to the arch strangeness, Bell also explored more respectable scientific territory like solar flares and climate change — the latter of which began as a conspiracy theory before becoming understood as an existential threat to humanity.

Those who have come after Bell haven’t always treated the blur between fact and fiction with the same detached playfulness as the O.G. conspiracist. It became a quickly toxifying formula that bubbled and formed personalities like Alex Jones, whose InfoWars program touts itself as a lone bastion of “independent journalism,” arranging shreds of scant evidence into ominously batshit claims such as their fable that the Sandy Hook shooting was a “false flag” event orchestrated to take guns from American citizens (which, for what it’s worth, got them sued). That’s not flying saucer-type stuff. And, after helping put Trump in office, InfoWars has essentially become a paranoid Trumpian cheerleader; meanwhile, the president himself spends his days on Twitter, floating outlandish tales about plots to bring him down. Conspiracy theorists, almost by definition, must only exist outside power, not embody power itself — when conspiracy theories come from upon high, it’s just called propaganda.

It’s true that some of Art’s more conspiratorial leanings came with some slight toxicity, and less discerning people could at times take what should be harmless theories as fact. But like Orson Welles’s infamous War of the Worldsbroadcast or Art’s own controversy surrounding the Hale-Bopp Heaven’s Gatestory, Art could’ve never anticipated that. His intent was more to create a true “marketplace of ideas” and allow listeners to judge his guests’ dispatches from the fringe for themselves. Coast to Coast AM was about opening perspectives, challenging preconceived notions, and relishing in the same science-fiction kookiness that you’d find in a supermarket tabloid. Today, Bell’s successors are true believers who want you to drink the Kool-Aid along with them. This was never the original Coast to Coast AM’s intent.

Still, Art Bell is like a lot of pioneering pop culture figures: An artisan who crafted a spectacular and wide-resonating formula, only for hacks to learn the wrong lessons from it, copy it poorly, and pump bullshit out into the world — it’s the same trajectory that took punk rock from CBGB’s to the Warped Tour. And maybe it’s fair to compare Art Bell to punk rock, for he was punk in his own way: a lone figure broadcasting from his DIY studio inside a double-wide trailer in the high desert, exploring the boundaries of the human experience for anyone who was awake and wanted to get weird.