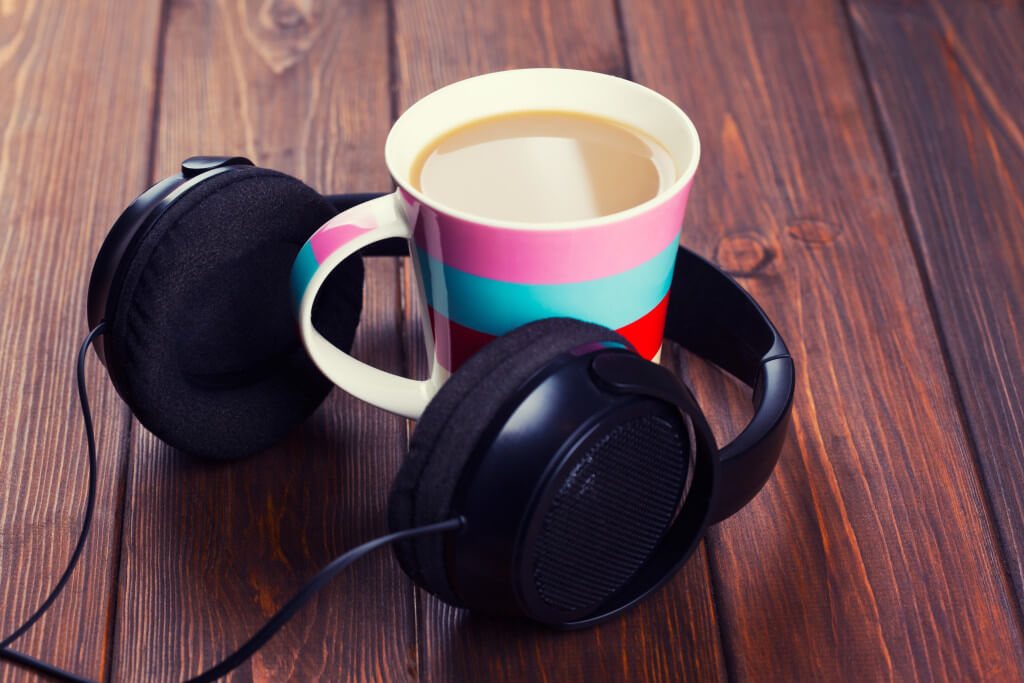 If you’ve ever heard a sound and had it trigger a sense of color – or seen a color and suddenly tasted a flavor, you have synesthesia, a rare and often misunderstood neurological phenomenon in which one sense triggers another one. Less than 0.2% of the population experiences real synesthesia – for the rest of us, the closest we’ll get to this superpower is the feeling you get when inspired food and drink are paired with the right music.

So where to start?

“Pairing music with food is definitely more of an art than a science,” says Matthew Hickey, one-half of the San Francisco-based Turntable Kitchen, a music and food blog that shares recipes with a focus on fresh and local ingredients and specially curated music reviews. Beyond introducing food lovers to music and visa versa, Turntable Kitchen offers its own take on the farm-to-table food box with their monthly Pairings Box that includes recipes, dried ingredients, and fresh new music in both digital mixtape form and a 7” vinyl single.

Hickey explains he has a sense of genres and artists fitting for the taste of a recipe, as well as which music sets the right mood for the dining experience. “Basically, when we pair food and music we’re looking to use the music to set an atmosphere that will help accentuate the flavor profiles of the food,” he said. “For example, if we’re creating a rustic farmhouse dinner we’ll pick an album that is rustic and folksy. If we’re serving a clean, contemporary meal then we like to pair it with something similarly clean and slick like synth pop. With that said, it’s also all about playing records that your guests will enjoy, that will encourage conversation, and that will set the mood for the meal.”

Recent subscription boxes have included recipes and ingredients for fennel pollen clam, pancetta, and arugula pizza paired with the sweeping and sunny aesthetic of LA’s Local Natives, and a Scandinavian-inspired Cognac-cured salmon and potato salad with the icy, wintery sounds of Cathedrals. 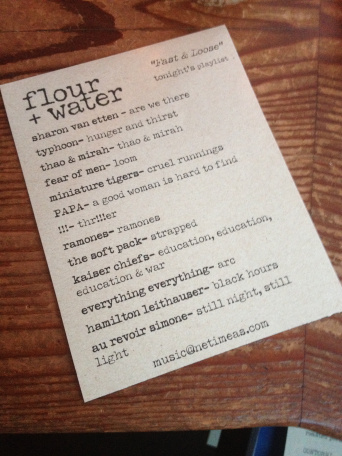 Not too far from Turntable Kitchen HQ, another enterprise is taking music pairing a little further. The Ne Timeas restaurant group owns three restaurants in San Francisco – flour + water, Central Kitchen, and Salumeria – and develops specially curated mixes to match the general mood and cuisine of the evening, with the tracklisting printed and served on the table next to the evening’s menu.

Think of it as a mixtape for the love of food.

Sharon Van Etten and The Ramones accompany the multi-course artisan take on Italian cuisine at Flour and Water, while the classic American songwriting of The Byrds and Todd Rundgren liven the eardrums and the palate for Central Kitchen’s gourmet continental fare. It’s no surprise the Ne Timeas properties place such a value on music as part of a multi-sensory dining experience, as co-owner David Steele is also a partner in the annual Noise Pop music festival. 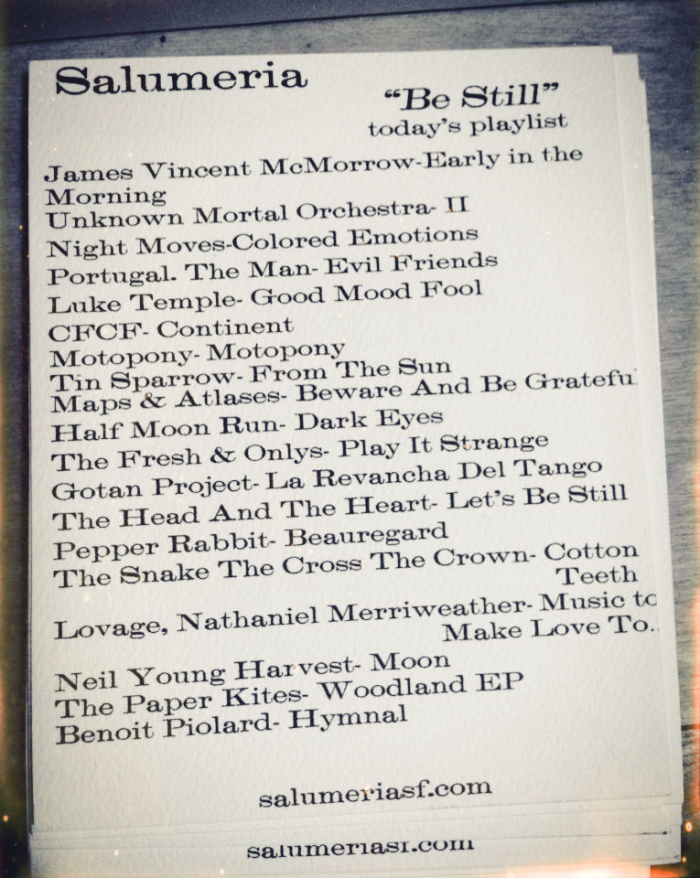 Servers and baristas at Ne Timeas make up the music direction consortium and documents their playlists on their 20th Street Corridor blog. “We’re providing an experience,” said Leia Layus, server at Central Kitchen and one of Ne Timeas’ music directors. “The food, the atmosphere, the people; it’s all a curated experience… heightened by music that makes you feel good and conjures up good memories and music that feels really fresh.” Beyond simply amplifying a restaurant’s ambience, the true genius of Ne Timeas’ music pairing is that visceral, subtle marketing effect. “Hopefully listening to a song is going to remind you of that moment you had in one of the restaurants,” Layus added. 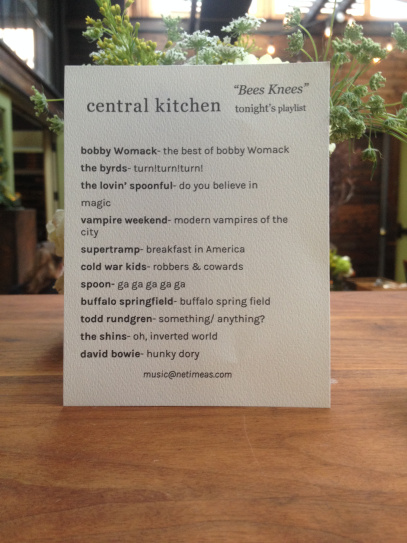 Finally, if you’re looking for something a little less immersive on how eardrums and tastebuds overlap, Food is the New Rock offers an array of free content to, ahem, chew on. Zach Brooks of the quick-eats lunch blog Midtown Lunch and Chuck P of Southern California’s powerhouse tastemaking public radio station KCRW talk with bands and rock star chefs about (what else?) food and music in their series of videos, podcasts, and entertaining interviews.