Consequence of Sound’s Aux Out: From the Outside Looking Out 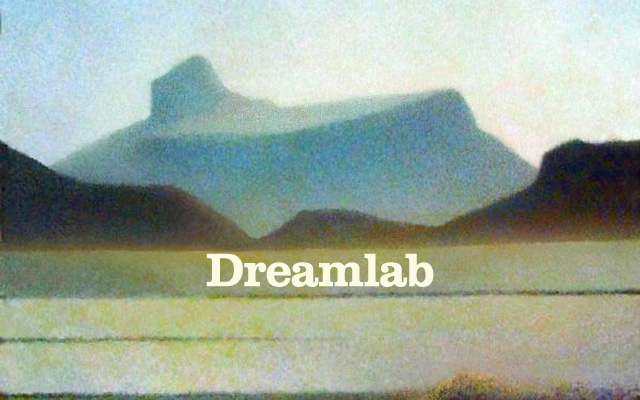 The summer after my junior year of college was one of those dips in my life where I started feeling a reflexive boredom with music. At the time, I lucked into a cool job booking bands at the town’s largest venue, The Dame. Unless we had booked a larger national artist that routed through on a Monday, we hosted an open mic night against our better judgment as a means to have some sort of music on a slower weeknight.

Open mic nights are generally abhorred by anyone who works in an environment with live entertainment, since that’s basically newspeak for “white dudes playing shitty blues.” Participants who did covers of good songs weren’t themselves very good, and technically talented participants liked to perform really shitty music. It was sort of a Tantalus-like punishment. However, this pervasive mood of stagnation and apathy shattered when a man known simply as “Steverino” signed up for his first performance, and nothing was the same afterward – skies parted, food tasted differently, all that shit.

His website ruled. The background graphic is titled “steverino4u.jpg.” He’s my favorite dude.

Steverino was, I think, in his late ’40s or early ’50s, of roughly Roman proportion, and in decent shape for a man his age. He wore a suit and a fedora with the type of radiant red feather only M. Night Shayamalan would pick out. He soon became a staple of our open mic and developed his own audience, including a large swath of my friends who responded to my Facebook post, “You remember Agent Cooper’s dream sequence fromTwin Peaks? Come out tonight to walk with the fire.” On that first night, and every subsequent Monday, he brought an opener – a decidedly ballsy move for an open mic night. She was known simply as “Lee,” and Lee sang praise songs karaoke-style completely in German. After she warmed up the crowd, Steverino would immediately command the stage with his trademark introduction for each song: “Write all these songs myself, and I wrote the music myself.” Basically, this was his version of Wesley Willis’ “Rock Over London, Rock On Chicago”. And from there… well, check out the video and bask in his Daniel Johnston meets Devo bravado.

Undoubtedly this is the stuff Internet dreams are made of, and perhaps it’s merely bad timing that prohibited Steverino from becoming a viral sensation on Buzzfeed. Sure, crowds would chuckle a bit at the surreal, absurdist nature of the Steverino live experience; however, I legitimately enjoyed his show. Is the show or music particularly good? Debatable. Is it cool? Yes, it is. Listen closely to the sampler above, then try to argue how Steverino’s wobbly synths, reverberated and compressed vocals, and sloppy delivery didn’t practically predate the hypnagogic pop movement by about five years. Granted, it’d be a flimsy argument at best. But therein lies the fascination of performers like him: Sometimes, the music is simply weird and barely listenable. But sometimes it’s a bit prophetic as well.

It’s these elements that create the appeal of “outsider music” – music that unknowingly ignores all standards and conventions, and in doing so, sometimes achieves something monumental, or at least indescribable. For some of us, this creates a viscerally profound listening experience.

There’s one significant difference between the hypnagogic and freak-folk weirdos and true outsider artists: intent. Many contemporary artists considered “on the fringe” offer a sort of clear intent, usually predicated equally on irony and aesthetic choice. Artists like Steverino and the outsider music canon are sincere, naÃ¯ve, unaware of or uninterested in convention, and generally averse to altering their artistic output, even if it’s perceived as bad. Outsider artists like Steverino are either unable or unwilling to conform or cooperate with the ideals of melodically pleasing music. They’re proud of what they’ve created, and probably could care less if anyone likes it. That makes it cooler. That’s punk as fuck. That made music not boring to me the summer after my junior year of college.

The notion of “outsider music” has existed since music became a sort of construct, but it didn’t have a name or categorical schematic until archivist of all things curious Irwin Chusid made this musical approach his life’s passion. Chusid wrote the bible on outsider music, Songs in the Key of Z, in tandem with an introductory companion compilation under the same name on Cherry Red Records. He discovered, promoted, and reveled in outsider artists through his DJ spot on New Jersey’s freeform behemoth WFMU, and offered audiences the most unlistenable radio program outside the college format, championing artists that later became the blueprint for Songs in the Key of Z. He described outsider music as “crackpot and visionary music, where all trails lead essentially one place: over the edge.” He argues that while outsider musicians completely lack any shade of conventional tunefulness and/or song structure, their originality and emotional starkness is unmatched.

Chusid helped proliferate misunderstood artists across four decades, including the likes of The Shaggs, Jandek, and Bingo Gazingo, as well as more well-known acts like Tiny Tim, Daniel Johnston, and Wesley Willis. This, more or less, became the outsider music canon, and their wholly untamed approach to music beyond form or design, far outside the acceptable margins, has both a limited appeal and intense connection with those who wish to fall down the rabbit hole. There’s a bit of an acquired taste involved with diving into this strange underbelly of underground movements that’s equal parts whimsical and terrifying, and there’s usually nothing “to get” – outsider music’s approach either appeals to you or it doesn’t. Yet even if outsider music is a bit too unruly for most ears, many casual listeners have been touched by or even vaguely aware of the movement without knowing it.

Pink Floyd’s original songwriter Syd Barrett falls within the outsider music parameters. So does 13th Floor Elevators’ Roky Erickson. So does notorious cult leader Charles Manson and his psych-folk album LIE. Gary Wilson might not be a household name, but his influence stretches across ubiquitous pop acts like Beck and ?uestlove. Likewise, Daniel Johnston received a bump in notoriety thanks to a few well-placed T-shirt appearances on the person of Mr. Kurt Cobain. Many in the outsider music repertoire have directly informed the type of anti-folk artists that end up on the soundtracks of quirky indie films. Like in politics, the fringes help steer the conversation for better or worse. Outsider music is a positive force, and one that, in some instances, managed to inadvertently rope in sounds from years into the future through a sort of twisted clairvoyance.

While outsider music dips into many genres, such as synthpop, folk, a cappella, et al., the movement is not aligned with the noise music scene even though it feels natural to classify, say, the untamed anti-songwriting of The Shaggs as such. Avant garde acts like Le Monte Young and John Cage, or dissonant artists like Wolf Eyes and Merzbow, are not outsider music. Outsider music is not academic like dissonant neo-classical work, as it’s too earnest and usually devoid of broader thematic statements.

The candor of these artists’ forms of fringe folk art can often be traced to mental illness, such as Wesley Willis’ and Daniel Johnston’s schizophrenia, or the olympic drug use of Alexander Skip Spence and Syd Barrett. Their skewed music often reflected who these people were. Captain Beefheart’s friend and colleague Frank Zappa didn’t believe in the idea of playing the “wrong notes,” and undoubtedly Don Van Vliet just fucking ran with that idea, not out of lack of talent or chemical imbalance, but of his own volition. Sometimes the artist releases music anonymously just to see what happens, like Jandek. And in The Shaggs’ case, the grandmother of the all-sibling group was told in a palm reading that her granddaughters would form a popular music group, so the father withdrew them from school and provided them instruments sans any training. Why not?

The need for a unique listening experience and joy of uncovering curious warts-and-all folk art is my primary reason for loving outsider music. I recently had a conversation with my friend Aaron “Narwhal” Chadwell, who is both a club DJ and radio host here in Louisville, about outsider music. Though he won’t spin outsider music on the radio waves anytime soon, he’s a huge Jandek collector and parallels many of my own thoughts on outsider music. At least I know I’m not alone or crazy:

“I like the raw production and honesty of a lot of outside artists, as well as the mystery that surrounds them. I like the fact that they’ll be creating the albums whether anyone buys them or praises them. The music seems like more of an outlet than a commodity. The music is probably for them and no one else. If you enjoy it, then good for you, if not, don’t listen. But that won’t stop them from being some of the most prolific artists around.”

In an email conversation after I put a call out for input, Distonal reader Joshua Doss described his admiration for outsider music: “I started listening to outsider music when I first discovered Roky Erickson and Daniel Johnston. There was something about their music that was so simple and beautiful that interested me a lot more than other artists I was listening to. I think that the stories of many of these musicians is what interests me as well. People like Jandek being completely anonymous and releasing over 50 albums is just mind-boggling. The DIY aspect of outsider music is also something that appeals to me. It just seems to be easier to relate to because of the simplicity.”

While the musical taste of outsider music fans varies, common threads bind its appeal. Like the popularity of sci-fi and certain forms of spirituality, we’re drawn to the inexplicable, hard-to-define, and paradigms wholly removed from our own experience. Intrigue captures headlines and provokes excitement. So it makes sense that wholly alien music created by anonymous or elusive characters engages a serious audience. Equally relatable is the idea of shared experience. The majority of the human population cannot fathom what, say, Bono’s day to day bombastic life entails. Though some of our favorite rock gods seem like a more relatable person to us than an R. Stevie Moore type, the stadium stature is all a self-reflexive construct: relatable music. The notion of Gary Wilson venturing into his parents’ basement to record music that he loves aligns more with any given John Q. Public’s identity than even a working class hero like Bruce Springsteen. And that’s endearing.

So what ‘outsider music’ truly captures is two congruent notions – mystery and pathos – working in a juxtaposed congruency, which sometimes yields results that are not quite tangible to our perception of what’s good about music. Essentially, any listener willing to leave their preconceived notions of music at the door will immediately recognize a visceral creativity and a sort of intellectual currency replete within.

After I moved away, I lost touch with Steverino, and the venue was unfortunately torn down to make way for high-end condos that were never built after the subprime mortgage crisis. I hope he’s making music though. Even though they’ll never see much money, and won’t appeal to the sensibilities of the masses, the conversation outsider music brings to the table is paramount to advancing interesting music. An aesthetic like outsider music that’s impervious to hype cycles and trends, even longstanding music theory and conventions, offers a potent elixir for those seeking indescribable, inventive songwriting. Genres come and go, but the weirdos out busking, recording, and performing in the bowels of the dive bar circuit will always be here to stay.